Yesterday Google’s paper announcing a first instance of “quantum supremacy” was published in Nature. Not surprisingly for those who have followed the topic there is now a healthy debate around what that actually means. Google was celebrating in a big way including tweets by Sundar Pichai. IBM was quick with a blog post suggesting it’s not as big a deal.

If you want to form an opinion for yourself, I recommend two posts. First, John Preskill explains why he coined the term “quantum supremacy” and what the Google announcement means in that context. Second, after the early leaks of the result Scott Aaronson had a tremendous post titled “Scott’s Supreme Quantum Supremacy FAQ!”

My view is aligned with those two posts. This is the “Hello World” moment of quantum computing and it is fair to compare it to the Wright brothers’ achievement of heavier than air flight. It is a meaningful breakthrough on a technology that has been pursued for a long time.

The big question now is how rapid the improvement will be from here. In flight, we went from not being able to fly at all to scheduled transatlantic flights in half a century. 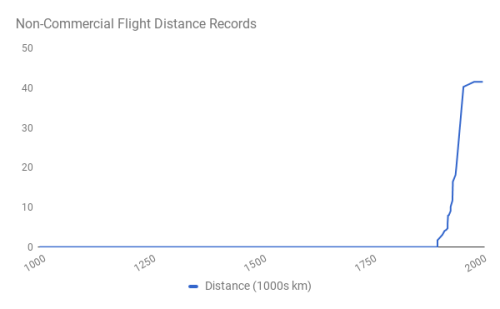 If quantum computing gets on a similar pace of improvement from its “Hello World” moment, we will have to make major changes to the security infrastructure of the internet within the coming decade as most of the existing systems are not quantum resistant (meaning they can be broken by further advance in quantum computing). On the upside, it will mean that we can do amazing simulations of physical systems that can help with anything from drug discovery to advanced materials for batteries.

Congratulations to the team at Google and what an exciting time for computation!